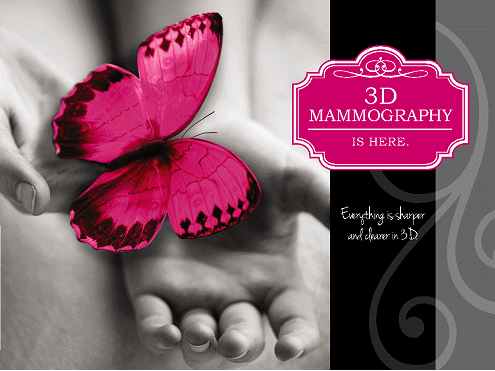 Gulf Coast Obstetrics & Gynecology of Sarasota is pleased to offer our patients the latest technology and convenience in Women's Health. In our effort to provide one-stop, annual well woman exams, we are now offering the convenience of 3D mammography in our office for your annual breast screening.

With the recent recommendations from the USPSTF regarding mammography, many women have questions about their mammograms. When should you start? Should you get them yearly, or every other year? While we here at Gulf Coast Obstetrics & Gynecology understand the recommendations, at this time we do not support them. We are staying with the recommendations put forth from the American Cancer Society and The American College of Obstetricians and Gynecologists. For further questions, please call or arrange an appointment with one of our physicians and we would be happy to discuss this further with you.

What is a Mammogram?

A mammogram is an x-ray exam of your breasts to try and detect changes that occur with breast cancer. Since breast cancer takes years to develop, most early breast cancers will not cause any symptoms. There are two types of mammography - the Screening Mammogram and the Diagnostic Mammogram. 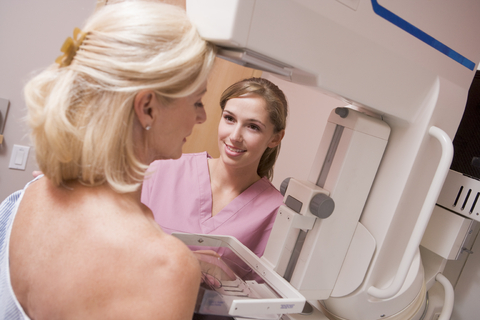 When breast cancer is detected at a localized stage (it hasn’t spread to the lymph nodes), the 5-year survival rate is 98%. If the cancer has spread to nearby lymph nodes (regional disease), the rate drops to 80%. If the cancer has spread (metastasized) to distant organs such as the lungs, bone marrow, liver, or brain, the 5-year survival rate is 26%.

Although the use of x-rays to examine the breast was first introduced more than 90 years ago, modern mammography has only existed since 1969, when the first dedicated x-ray machines for breast imaging became available. Since then, the technology has advanced a great deal, so that today's mammogram is very different even from those of the mid-1980s.

The special type of x-ray machine used for the breasts produces lower energy x-rays that do not penetrate tissue as easily as those used for routine chest x-rays or x-rays of the arms or legs. This reduces the dose of ionizing radiation to each breast while still producing a high contrast image for evaluation. Until just a couple of years ago, mammogram images were made on large sheets of plastic-like film, which the radiologist viewed against a bright light. The newest development has been the production of digital mammogram machines with built-in computer aided detection software. These images are then viewed on a computer screen and the computer assists in pointing out subtle changes that might go undetected by the unaided eye. With these new technologies, it is important that you have your mammogram done on the latest and greatest machines for the best possible detection of breast cancer. Talk with your physician and they can help you find a state-of-the art mammogram facility which is convenient for you.

During the procedure the breast is squeezed between 2 plastic plates attached to the mammogram machine. This compression ensures that there will be very little movement, that the image is sharper, and that the exam can be done with a lower x-ray dose. Although this compression may be uncomfortable, it only lasts for a few seconds and is needed to produce a good mammogram. The entire procedure for a mammogram takes about 20 minutes.

A diagnostic mammogram is an x-ray exam of the breast in a woman who either has a breast problem; for example, a breast mass, nipple discharge, breast pain, etc., or has had an abnormality found during a screening mammogram. During a diagnostic mammogram, more pictures are taken to carefully study the breast condition. In most cases, special images involve magnification to make a small area of suspicious breast tissue easier to evaluate. Many other types of x-ray pictures can be obtained, depending on the type of problem and its location in the breast. These x-rays are tailored to the patient's needs. 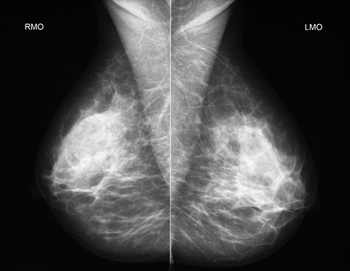 A diagnostic mammogram may show that what appeared to be an abnormality, actually was quite normal on the magnified views, and this person can then return to routine yearly screening.

A diagnostic mammogram could also show that an area of abnormal tissue has a high likelihood of not being cancer (that is, it appears benign). In these situations, it is common to have the patient return for a follow up mammogram in 4 to 6 months.

Finally, the diagnostic work-up may suggest that a biopsy is needed to tell whether or not the abnormal area is cancer. If your doctor feels that you may need a biopsy, then they will help arrange an appointment for you to see a general surgeon, with whom they have worked and feels confident that you will get a thorough evaluation. This does not mean that you have cancer, but rather, you have a suspicious area that needs additional testing. About 80% of all breast changes that are biopsied are found to be benign when looked at under the microscope. If a biopsy is needed, you will be able to talk to the general surgeon about his method.

What is a 3D mammography breast exam?
A 3D mammography exam is very similar to having a traditional 2D mammogram, but far more accurate in earlier breast cancer detection than any other mammogram. Like a 2D mammogram, the technologist will position you, compress your breast and take images from different angles.

3D mammography works by capturing multiple slices (images) of the breast from several angles, creating a layered 3D breast image. Our radiologist is then able to review your breast, one thin slice at a time, almost like turning pages in a book, which helps them make a more accurate diagnosis. Unlike a 2D traditional mammography where doctors can only see the front cover of a book, thus viewing all of the complexities of your breast tissue in a flat image, 3D mammography allows for more detail to be seen.

Why we recommend 3D mammography:
3D mammography is simply a better mammogram. This technology is clinically proven, and it's the most accurate mammogram available. It is the biggest breakthrough in breast cancer detection in 30 years.

Facts about 3D mammography
⦁ 3D mammography is clinically proven to be superior to a regular 2D mammogram.
⦁ Several large studies have shown that 3D mammography detects 41% more invasive breast cancers and reduces the chance that you will need to be called back for additional views by up to 40%.
⦁ 3D mammography is approved for all women who would be undergoing a standard mammogram regardless of age or breast type - or whether you are coming in for a screening and/or diagnostic mammogram.
⦁ Very little X-ray dose is used during the 3D mammography exam, just about the same amount as a traditional film mammogram and well within the FDA safety standards for mammography.