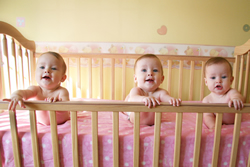 When a woman is carrying two or more babies (fetuses), it is called a multiple pregnancy. In the past two decades, the number of multiple births in the United States has jumped dramatically. Between 1980 and 2003, the number of twin births increased by two-thirds, and the number of higher-order multiples (triplets or more) increased four-fold, according to the National Center for Health Statistics. Today, more than 3 percent of babies in this country are born in sets of two, three or more, and about 94 percent of these multiple births are twins.

The rising number of multiple pregnancies is of concern because women who are carrying multiples are at increased risk of certain pregnancy complications. 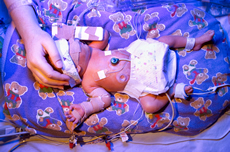 These complications may lead to the need to deliver early and premature babies are at risk of serious health problems during the newborn period, long-lasting disabilities and even death.

Some of the complications associated with multiple pregnancy can be minimized or prevented when they are diagnosed early. There are a number of steps a pregnant woman can take to help improve the chances that her babies will be born healthy and our providers will work with you and your family to ensure that you have the best possible outcome